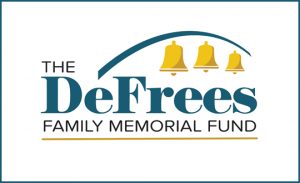 In January, 2017, the Community Foundation Board of Directors approved the following DeFrees Family Memorial Fund Grants:

The completed forms should be mailed to P O Box 691, Warren PA  16365.  Applications must be received two weeks in advance of our meeting in order to be considered.